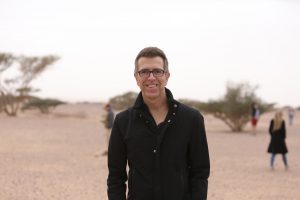 Simultaneous with his appointment as the CEO of a large International Software Company, Phill was diagnosed with Parkinson’s.  After the initial shock, Phill  became a Parkinson’s activist focused on removing the disease’s stigma, to ensure Parkinson’s sufferers can openly discuss their disease without fear of discrimination or bias either socially or at work. His blog is #stirrednotshaking.

With over 30 years of experience as a CEO & Entrepreneur in the software industry, Phill has helped build some of the world’s leading technology organisations, in Silicon Valley, London and most recently in  Delft, Netherlands.

I have Parkinson’s… but I am not my disease, it is not who I am, I am an entrepreneur, a husband, a father, a runner, a world traveller, …and mostly an optimist

Parkinson’s is a chronic neuro-degenerative disease. Whilst there is a great deal of research, a cure remains elusive, partly because each patient experiences a slightly different combination of symptoms.

When people think of Parkinson’s their mind lasers in on a mental image of a patient in the later stages of the disease, with significant and debilitating physical and mental impairment, probably with an uncontrollable shake – principally because most reporting and web content focuses on these aspects.

Even those newly diagnosed suffer the same unconscious bias for the same reasons, making them incredibly fearful of the future and what it has in store for them, and their families and loved ones.

Due to the image of the disease, sufferers keep quiet, they keep it a secret from their friends, family and colleagues – for fear of being prejudiced. Parkinson’s sufferers keep their disease a secret at work, as they may be terrified that their employer will limit their career options, growth and the work they are offered, or even fire them! The very act of keeping it secret perpetuates the image of the disease, as people only talk about it and write about it when they can no longer hide their symptoms, in the disease’s more advanced stages.

I am a 53-year-old, with Parkinson’s. I was also the CEO of a large and successful International Software Company, based in the Netherlands, when i was diagnosed in 2017. I retired from full time employment in 2021, whilst remaining an active Board member, and also helping other software business CEOs, Entrepreneurs and their Investors.

This blog has two goals:

It is my story, my journey, but is also the journey of many thousands of Parkinson’s sufferers around the world.